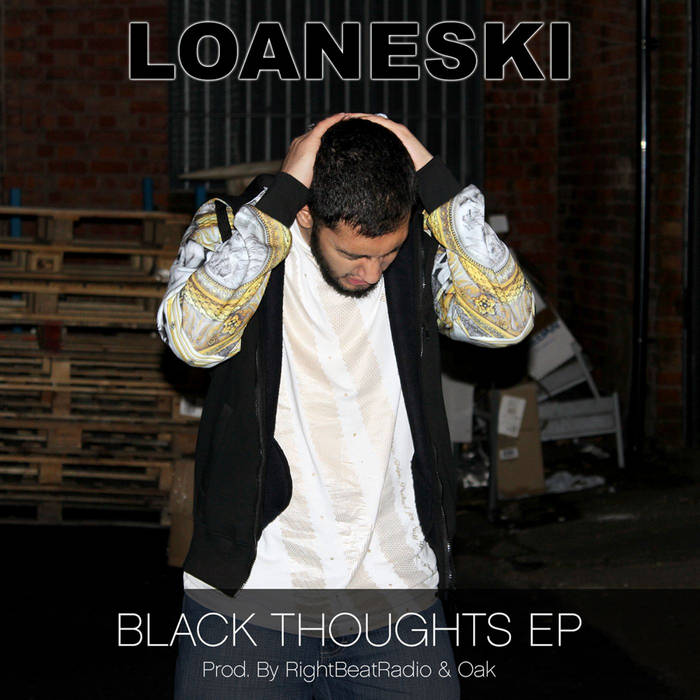 Introducing rapper, song-writer and the new star of U.K Hip-Hop Loaneski, with his debut single ‘Black Thoughts’. His thought provoking rhymes are described as 21st century poetry and express his individuality and his Black thoughts.

The phenomenal rapper has been writing all his own material since he was 8 years old and has been recording since the age of 16. He was born in a multicultural family which embraced his diverse vision of music that runs through his veins.

“He expresses himself through his music as he states “As a song-writer I wanted my music to be real and reflect my character by sharing opinions on different topics which concern me. As ‘Black Thoughts’ is my first debut single I really wanted to express myself in this track and engage the listener through my own experiences.” – Loaneski

“Loaneski has worked with Right Beat Radio on his latest EP. They declared “he is a talented, hard-working, and a dedicated artist. He is conscientious – he works to ensure that his songs are exactly what he envisioned. He has a strong career ahead of him and we’re very happy to be a part of it!” – Mike Anthony, RightBeatRadio

He describes himself as incredibly passionate about hip-hop music and spent a long time developing his unique lyrical content. ‘Black thoughts’ is a very personal track inspired by a range of hip hop influences and tough topics, with a deep message behind the music.
His vision for the single is to inspire people to overcome situations, as he raps “I’ve got brainstorms covering my black thoughts, I don’t know what to write, don’t know what to say, should I speak my mind? Or keep it to myself…”

He is currently undertaking a Bachelor of Arts in music, technology and performance as well as working as a Music Tutor for an alternative education provider called YEP (Youth Education Project) who specialise in working with young people who are mentally challenged, have low self-esteem and who have bad behaviour. He is committed to the cause because he knows from experience that music is incredibly helpful.
He came 2nd in Leicester’s ILuvLyrics Vocal Slam which was held by 2FunkyArts and has performed in the best hip hop venues in Leicester, surprising always with his innate talent. He was also the founder of one of Leicester’s most noticeable music bands, ‘Bizznezz Fam’ but it was not until his solo project “Iron Monkey Mixtape”, where he showed his aptitude by recording over Dubstep, Grime and Breakbeats, when he got the unanimous success capturing everybody’s attention with his poetry made music.

For more information or to arrange an interview please contact Loaneski, music@loaneski.co.uk / 07925343176

Loaneski is a conscious Hip-Hop artist from Leicester, United Kingdom. He is known for his conscious and nerve twitching 21st century lyrics and attacks instrumentals with aggressive vocals.

Bandcamp Daily  your guide to the world of Bandcamp

MF DOOM is given his flowers, plus appearances from MC Jada Imani and Stanley Ipkuss